Actually I had planned to use this site for testing and comparing the features of all the major CMS, I had been working with before, including Drupal. I remember well, that Drupal had allready been quite confusing, when I first downloaded it for a student job a couple of years ago. Though I was hoping  it couldn’t be as bad, when a test install on XAMPP for Windows worked well and the new version appeared to have a more organized structure.

But since the very first moment I tried to install Drupal on my current public webspace, everything tunrned out to be a complete mess. While YaBB, phpBB, WordPress and a bunch of other web tools, were in all senses easy-to-install and smoothly running, even though the server space is rented, Drupal fails all the way. Even doing a minor security upadate of Drupal is driving me insane!

I was eager and  full of ideas for several tiny web projects I came up with in order to keep practicing my programming skills, but all I eventually practiced since then was doing hopless attempts to fix drupal. 🙁

Drupal has turned out to be the most user unfriedly web application I came accross up to now. If you are user and neither owner, admin or root of the web server as well, you’re damned… and you are  officially out of target group for user support too!

Without direct access to your remote server’s command line admin tools, you’ll be facing the following:

Until then I’ll be busy enough with doing the required software updates. I feel I am allready develpoing some sort of drupal phobia, making me reluctant surfing my own pages. That means no drupal practice, no need to blog about it and time to eliminate drupal experience from my CV.

‘A Dragon’s Lair’ has been my playground for testing and sharing my own web creations and contributions to open source projects nearly as long as I have access to the internet. Indeed it must have been somewhere around 1998 when I started toying around with my internet provider’s free web space, without any script support. At least I clearly remember my first HTML attempts with Netscape Composer, Notepad and SELFHTML, when websites where single pages only structured by horizontal lines and anchors.

I finally registered the domain with a paid web space bundle in 2002,  because I disliked the advertisements on free services like GeoCities and my provider started enforcing display of an “Impressum”, although my page truly was personal in the beginning. Furthermore I wanted to get deeper into web programming and now I had CGI (Perl), .htaccess and SSI support. Yet neither PHP nor MySQL had been affordable for me at first. Since then the site has served many purposes, like personal homepage, soccer fan site or merely as an image host. It was finally even name giving for the prototype of my browser game concept, which I developed for my diploma thesis.

I remember how much I disliked the blinking GIF files and Midi sounds, which were some sort of must have features for a private homepage back then. Fortunately table layouts became fashion and lawyers stumbled over internet copyright. Thus I ended up with a neat and tidy HTML/CSS page, where content was automatically included with SSI, which looked best in Opera, but truly horrible in IE. Back then, before facebook & co, I preferred internet forums for communication, as I was clearly to slow in typing for joining live chats and too often away from keyboard for enjoying instant messengers.

Being fascinated by the clear structure of vBulletin in comparison to tree based systems. I decided I want to have this for my site too. Not so easy, if you are lacking money, PHP and Database all at once. Thus I finally stumbled over YaBB, an open source project, flat file based, written in Perl and best of all, having almost all of the features and layout options I wanted to have, plus an easy to use modding tool. Thus I engaged into actively contributing to layout mods and themes, especially for extending it to provide additional content management functionality, when real open source CMS where still uncommon. Unfortunately I never  started to feel comfortable with Perl’s cryptic symbol syntax style, compared to that of Java or Pascal which I got used to.

One day a change in Perl’s core made my whole site go up in smoke and most probably the server too. I would have had  to fix a million of loops not responding to deprecated break statements anymore. Besides I can’t remember how often hidden carriage returns stopped my whole site from working on Linux. Practically with every Forum update I prepared on my windows machine I faced this scary Internal Server Error. Whereas Mandrake Linux was not compatible with my new notebook and Windows Vista killed my Ubuntu boot manager on a regular basis. That’s why I finally decided to concentrate on my lectures and exams and thereafter restart everything from scratch.

My next step was, to get a modern hosting bundle and  turning the SSI includes into PHP, while still working with flat files. Now, studying computer science is very little about programming user interfaces and web design, which caused my focus to shift more towards concepts, math and algorithms. After all I got into touch with decent free CMS like Drupal and Typo3 which did the job by far better, offering tons of more features, WYSIWYG editing and modules. I was hoping I would never ever have to fiddle around with tags and styles manually again, but could focus on the page contents an more complex mathematical routines behind the surface. Most of my university courses meant working with Java and MATLAB. Manipulating large data matrices and vector calculus was not a particular strength of web scripting languages and at this point in time PHP was also not the first choice language for object orientation. Thus my workover remained unpublished.

2011 Breed your own bunch of Dragons!

Nevertheless, when I had to come up with a quick to implement concept for my diploma thesis, a browser based solution felt to be the best choice for reaching a reasonably wide user base for evaluation. At this time mobile app programming was not an option, because the resulting code had to be compatible with linux and/or windows and win 8 had not been in sight yet. Java plugins however felt incredibly slow compared to other web technologies, thus I had excluded this option right from the start.  After all PHP was the option left in my list which I could get into within a reasonable amount of time, while focusing on the theoretical aspects of my thesis and game flow. Lest I be lost in design and security issues, which weren’t substantial part of my thesis topic, I decided to rely on an existing solution for the surroundings. This time I used phpBB as framework for the site base, as it should not handle more than the user log-in and general layout, everything else was done within my game code. Although I could have spent 6 month for designing the images alone…

This was 2 years ago. Since then the site was only kept alive to demonstrate the game prototype. Eventually more than 99% of registration requests came from spam bots. Time to start something new… 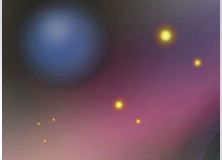